When I think of labels like Melbourne’s A Colourful Storm, I wonder what sounds I’d collect on one of my own. I love the lack of theme, the fact that it can delve into the depths of breakcore, forgotten Australian twee pop, musique concréte, and now IDM in only a short period of time. If anything, it seems like fun. Why not?

The frenzied, not-dropping-below-130bpm set of Moopie, the label’s founder and curator, at Pitch Festival this year doesn’t at all bode well with the pensiveness of Still In My Arms, so it’s obvious that Melbourne crate-digger, Bayu (said to be “the real expert” in an interview with Norrm), has as much of his hands on the collection too, delving well into into the obscure for this new escapade in sound. Truly, it only takes a quick listen of the spiritual prequel I Won’t Have to Think About You or their scattered NTS shows to realise the duo’s differences in taste and mixing is only a strength.

Still In My Arms wanders slowly in the realm of meditative ambient techno tinged IDM of the late 90’s and early 2000’s, particularly delving into innovative timbres presented by the legendary UK Toytronic label. In fact, the music of co-founder Martin Haidinger under the alias’ Gimmik, Num Num, and Abfahrt Hinwil, make up almost a third of the record, opening the collection with the desolate, tape-like drones of “Scope” (from 2002’s solid News From the Past), that make way for faster, more techno ventures in the spiralling “Tech8” and low-end-heavy “South Quay”. Otherwise, shuffly, Aphex-Twin comparisons could be drawn from the samey, subdued tunes of the one-LP wonder, Plod, and Bauri from Sweden. 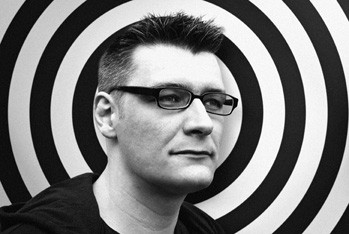 Funnily, the appearances of a couple otherwise unlistenable tunes from Proem and Spark on the n5MD (No fives, Minidiscs) label makes a case for the unfortunate business decision to release exclusively on minidisc. It’s exciting to think I would have never heard Proem’s “Your Grandfather Is Dead”, which closes the record, without this compilation. I’m not about to start collecting those clear failures in technological and musical history.

Both the standout and the most underwhelming track dip into an interesting modular downtempo zone as labelmates on the influential Merck imprint. “11” by a seemingly unknown MD stunningly dances around a floating synth line amidst shambling hats, whereas Lackluster’s pick “KCL1” just about sums up its artist’s namesake.

Sequenced in such a way that an overarching feeling of reflection and pondering reverberates between the tracks, Still In My Arms twists a loving, bittersweet narrative between a very specific brand of teetering ambient-IDM. Considering this as as a spiritual successor to the twee, totally not electronic I Won’t Have to Think About You, I can’t help but applaud/thank Moopie and Bayu for digging so deep into the unknown.

Moopie and Bayu behind the decks.

Also, keep a lookout for my new label, Blechno, specialising in black metal and techno, releasing everything exclusively on reel-to-reel.