Chihei Hatakeyama drones paint canvas’ with just about every colour you could imagine. A full platter of sound, swirling a full array of ambience speckled with everything. Like a child’s early artworks where the idea of splatting the entire rainbow came before actually painting something, his landscapes are constant and thick and free. Although this may be the 20th Void from the incredibly prolific Japanese artist since 2013, Hatakeyama’s wispiness does not grow tiresome, instead, this milestone captures the best of all the timeless swells constructed throughout the collection and most accurately exhibits his characteristic kind of atmosphere that effortlessly ventures into the whole spectrum of sound.

Truly, effortless seems like the most apt way to describe Hatakeyama’s music in its ever-evolving deliberateness, apparently without purpose or haste. Dense layers of airiness grow from a mix of laptop and pedal-treated guitar, synth, piano and vibraphone. These drones are abiding and seemingly change when they feel, a true journey as they twist and turn ever so slowly. 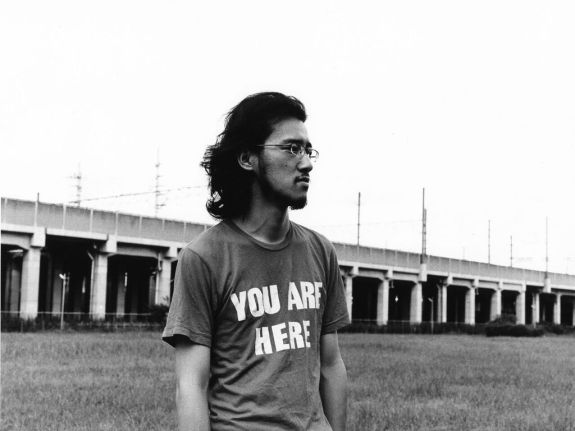 The “Prison of Air” suite, in three movements, is the brightest of the bunch, and with every part Hatakeyama’s soaring guitar improvisations become clearer and clearer amidst the cloudiness. The developing strings make me draw fond comparisons to Stijn Hüwels’ works, especially If You Remember Me Then I Don’t Care If Everyone Else Forgets. “Air”’s huge final segment closes the record after blooming from a suffocating low-pass filter which powerfully seems to look back at every Void preceding it in proud expanse.

The two standalone tracks, “Cows on the Hill” and “Ocean Current”, are icy numbers riddled with chilly field recordings of passing winds, yells, train announcements and waves, not unlike Celer’s more soundbite-constructed landscapes. Other Voids have seen songs stretch well beyond ten minutes, yet the more movement base of XX gives the release much more freedom to move and experiment with more left-field textures. “Rose Chain” I & II demonstrate this beautifully as they dance between percussive, high-end guitar wandering and long, deep drones.

Hatakeyama says in interviews that he used to “swing by the sea a lot” just south of Tokyo, and that even the memories of the sounds and the views made him feel as though he was surrounded by nature. These visions are said to still translate into his music. Maybe he’s been taking his time absorbing the countryside lately, because XX’s canvas sports dollops of sloping green, sparkling blues of what could be dams, and blobbed greys that look suspiciously like cows.