Frank Ocean… A name shrouded in so much mystery and infamy within the music world of today, finally returning after his critically acclaimed 2012 LP Channel Orange, was one of 2016’s many treats. After much speculation and astounding levels of hype, rumours began to circulate about his long awaited sophomore album. After a cryptic Tumblr post (now deleted) in 2015 from Frank himself, referencing ‘two versions’ and the announcement of his accompanying zine, it seemed like the album would finally make it’s debut. However, this was not the case and the waiting continued with numerous other teasers, including the puzzling image of the library slip released on Frank’s website boysdontcry.co. Then suddenly, in the middle of August, it seemed like we had finally been blessed when the visual album Endless finally appeared onto the website for the world to view.

Unfortunately, something still didn’t quite sit right with the release… The album held an almost demo-like quality and sounded what can only be described as half finished. 4 years of patient waiting from his fans only to be gifted with a mixtape quality release? Was this really it?

But wait… a new song titled Nikes with it’s accompanying music video appeared soon after and a new album named Blond(e) was announced for release in the coming days. 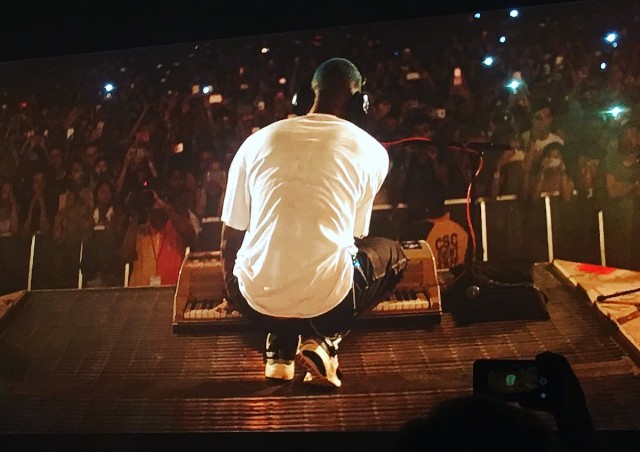 And boy what a record it is…

From the initial pitched up vocals heard within the exceptional song Nikes, which would become the album’s opener, it was clear that this album was going to be completely different to what we had heard on Channel Orange. Despite Nikes remaining the most eclectic and abstract track on the album, this remains true and over the 17 tracks across the one-hour runtime, such a diverse array of sounds and composition is portrayed.

The production however, remains extremely minimalistic across the LP, with many songs containing only very sparse arrangements of a select few instrument. Examples of this include the solitary organ on Solo or the simple guitar backing on Ivy, helping to create a strong atmospheric sound and providing each track with a unique individuality. As well as this, the notable lack of big features, with most present artists adding to areas such as backing vocals, helps strengthen the minimalistic feeling of the album (aside from the standout verse from André 3000 on Solo {reprise}). The less accentuated production and lack of feature artists allows for Frank’s vocal performance to become the standout feature of the record and the most prominent instrument. With less external distractions, Ocean shines vocally in breathtaking musical moments such as the outro to the track Self Control where Ocean details his struggles in letting go of a former lover: “I Know you gotta leave, leave, leave // Take down some summertime”.

The key to Blond(e), lies within Frank’s wonderfully poetic lyricism and his outstanding ability to tell a story through music, creating what I like to think of as a series of moments. There is a strong variety of these fleeting ‘moments’ painted throughout the record, each coming and going with wonderful transitions and interludes. With references to previous romantic experiences, his childhood, partying, experiences with drugs and an overarching motif of his love for cars Frank leads us into a deeply intimate collection of his personal experiences that can only be compared to something like an art gallery. 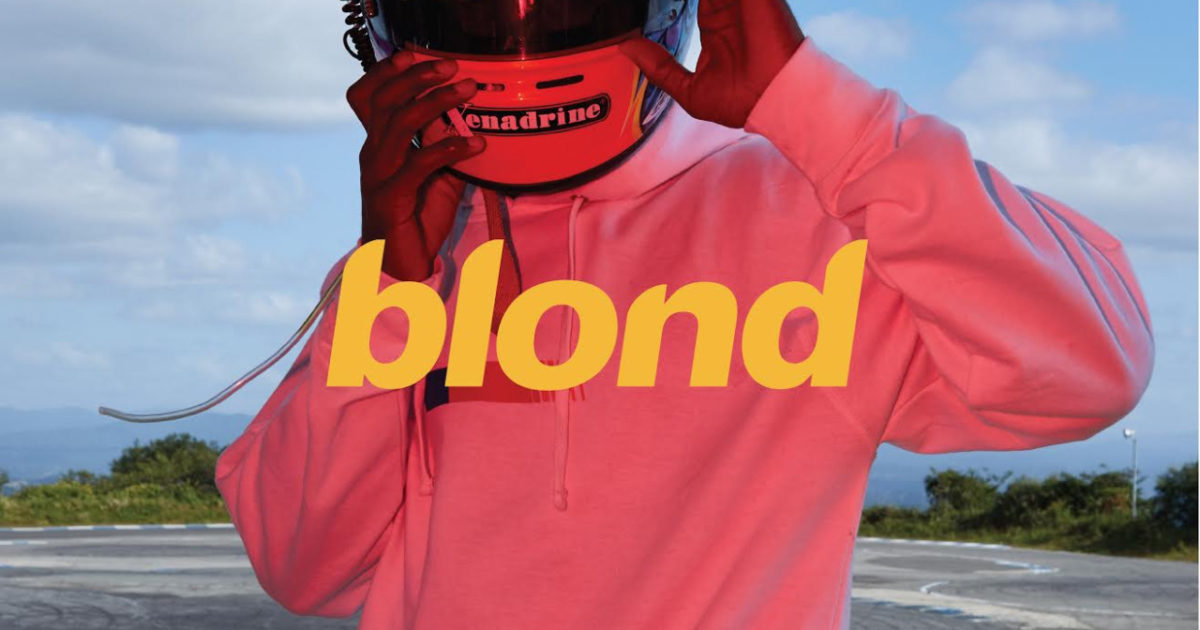 The album’s centrepiece and standout track Nights explores drug abuse and the negative consequences: “Can’t keep up a conversation // Can’t nobody reach you // Why your eyes well up? // Did you call me from a séance?” … “Every night fucks every day up // Every day patches the night up” referencing his disparate state and the feeling of isolation this creates. This revolves around the cyclic nature of his life, living it up in the night only to recover in the subsequent day and stands as a smart meta-analysis on fame and spending time in the spotlight. It’s this theme of duality which has come to define Frank Ocean, revealed in his ability to portray life as a natural force and a thing of balanced beauty and intimacy and further also mirrored in his free sexual expression and clear desire for privacy. Subsequently, another standout and the album’s closer, Futura Free, uses its sprawling 9 minutes to introspectively delve into the events that took place during the previous 4 years recording this album. The nostalgic lyrics about the once tight collective Odd Future: “Tyler slept on my sofa yeah // Niggas go back that far” and later the unforeseeable stardom his career has developed: “Shit went 180 on me // Please run that back though” provides a true testament to the importance of the authenticity of this album and closes the project excellently. At the end of the day, the record is so strongly linked to its creator, who has provided us with an unflinchingly honest insight into the inner workings of his personal life and experience in one of the best albums of 2016.